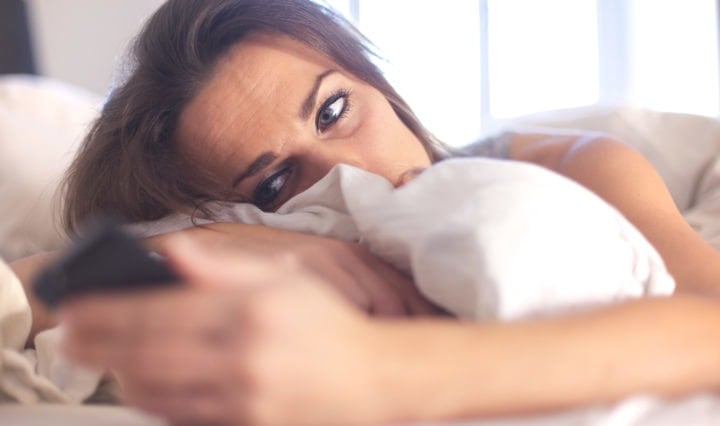 Experts say that about 33 to 45% of Australians suffer from poor sleep. It may not sound like a serious problem, but really, poor sleep can be just as dangerous as smoking, drinking too much, not getting enough exercise, and obesity.

Hillman says that while people think it’s okay to cut corners when it comes to sleep, it actually decreases our mental sharpness, attentiveness, vigilance, and patience. So even though not sleeping enough gives you more work hours in the day, you’re likely to be less competent at your job during those extra hours.

Additionally, a quick Google search of the words ‘insomnia effects’ will tell you that sleeplessness leads to a host of serious mental and physical problems.

Plenty of other modern inventions have the potential to give you better, healthier, and more consistent sleep.

It’s a scientifically proven fact that cooler temperatures allow humans to sleep deeper and better, and Kryo takes advantage of this fact by letting you cool your mattress down to a comfy 60℉ (or 16℃).

The Kryo Sleep Performance System is a patent-pending cooling mattress topper that’s attached to a control unit which fits on your nightstand or under the bed. It uses a water-based system that circulates cooling gel in order to absorb heat and provide you with a much more comfortable surface to sleep on.

To our knowledge, this device is the only mattress topper that can directly modify your bed’s surface temperature down to the degree.

Additionally, you can also connect Kryo to sleep-measuring devices and apps like Fitbit, NEST, and Jawbone to increase its sleep-enhancing capabilities. Kryo just needs 10 nights of sleep data in order to monitor and understand your sleep cycles so it can change your bed’s temperature according to your personal needs.

By connecting to Kryo using your smartphone, you can even program it to set a unique alarm in the morning – a ‘warming alarm’ that slowly increases the bed’s temperature to gently nudge you awake. We don’t need to tell you that this is a much better version of the traditional alarm clock that uses noise to get you out of bed in the morning.

What’s the drawback? As of press time, the Kryo Sleep Performance System is still in prototype stage, and it’s only available via their indiegogo page and nowhere else. But if you can pay 299USD plus the cost of international shipping, you can have one shipped to Australia. It may sound expensive, but considering its promised capabilities, it may very well be worth every dollar.

The Little Rooster Starts Your Day With an Orgasm – $130

We all know how it feels to wake up to the disarming sound of an alarm clock. To call it intrusive would be an understatement, which is why your body sometimes wakes up minutes before your actual alarm – just to avoid being rudely awakened.

It’s also why new designs for alarm clocks don’t rely on noise. Some new alarms use gradually brightening light to gently stir you awake, others use vibrations of varying intensities. These devices prove that there are ways to ensure waking up in the morning without rattling your senses.

Morning alarms are getting gentler and more intimate with each new innovation. It was only a matter of time until someone came up with an alarm that wakes women up with an orgasm.

While it may sound insane to some, we can’t help but see the benefits of waking up to a pleasurable, all-natural dose of happy brain chemicals. And it seems we’re not alone – Glamour magazine named The Little Rooster the #1 Best Sex Toy Released in 2016.

If you’d like an orgasmic jumpstart to your mornings, you can get The Little Rooster for £79.00 or $130. That already comes with a 1-year warranty.

One of the most overlooked aspects of health is proper breathing. Simply inhaling and exhaling in a slow, rhythmic, and controlled pattern can positively influence your levels of relaxation, your blood pressure, and your readiness to sleep.

2breathe is a device that teaches you how to do this via a breathing sensor that connects to an app on your phone. Just turn on the app and connect it to the sensor, snugly strap the sensor to your torso (just below your ribs), turn the sensor on, and launch the app.

The app then plays soothing music while the sensor picks up the rhythm of your breathing, sending data to your phone via bluetooth. This allows the app to then analyze your breathing pattern. And after a couple minutes of processing that info, it plays a specially composed series of tones to guide your inhalation and exhalation.

It’s a simple psychological trick that uses your existing smartphone, a body sensor that can be worn comfortably, and zero drugs in order to teach you proper breathing literally overnight.

If you’re wondering how effective this is at promoting better sleep, 2breathe is actually based on an FDA-cleared, doctor-recommended hypertension treatment device called RESPeRATE. 90% of the people who used RESPeRATE reported not just lowered blood pressure, but also that they were falling asleep while using the device – its only real ‘side effect’.

The creators of the device simply took this ‘side effect’ and optimized it into a feature – one that can help insomniacs to ‘harness the power of proper breathing’. And if you’re curious whether or not it can help you sleep, you can try if for $179.95 (including a money back guarantee).