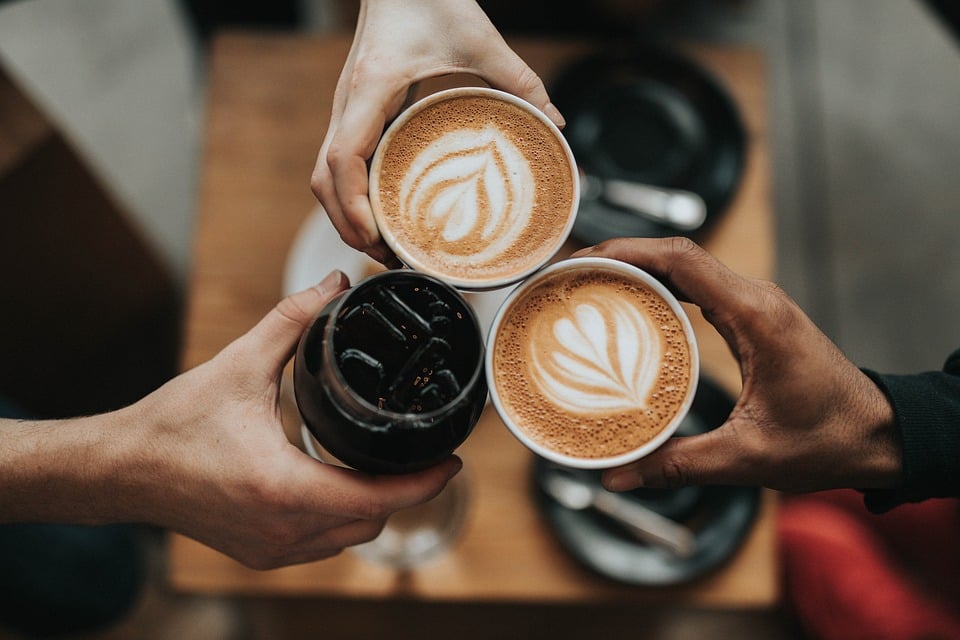 Coffee is life! And it’s not just because many of us need it to feel awake throughout the day. Unknown to many, there’s more to coffee than the energizing power of caffeine.

When it’s brewed properly and consumed in moderation, everyone’s favorite breakfast beverage is a potential superdrink with various health benefits. For instance…

Coffee Could Prevent Lethal Damage to the Liver

You can lower your risk of developing liver cirrhosis by 44% if you drink just 2 additional cups of coffee per day. This is according to an analysis of 9 published scientific studies on coffee, involving more than 430,000 participants.

In 8 out of the 9 studies, the risk of developing liver cirrhosis declined as coffee consumption increased.

This is significant because alcoholic liver cirrhosis is an advanced form of liver disease for which there is no known cure. It happens when the liver’s cells are damaged enough to form scar tissue. And it’s usual cause is either hepatitis or alcoholism.

This type of damage to the liver is typically irreparable, specially during the latter stages. And in fact, liver cirrhosis actually kills more than a million people annually, worldwide. However, if caught in its early stages, liver damage can be mitigated by healthy lifestyle choices.

And according to Southampton University’s Dr. Oliver Kennedy, the data suggests that one of the best ways to do this is by drinking more coffee.

While the results of the study are highly promising, the researchers warn that it’s also incomplete. The risk of developing liver cirrhosis dropped by 43% with 2 cups, 57% with 3 cups, and 65% with 4 cups. But while the studies focused on alcohol and coffee consumption, other cirrhosis risk factors like diabetes and obesity weren’t fully accounted for.

Furthermore, the research doesn’t reveal whether the brewing method or type of coffee beans affected the risk. As explained by Dr. Kennedy,

“Coffee is a complex mixture containing hundreds of chemical compounds, and it’s unknown which of these is responsible for protecting the liver.”

So don’t treat coffee like a cure-all for your liver. Coffee does have antioxidant and anti-inflammatory properties, but it can’t very well undo the liver damage that’s already done by excessive alcoholism, hepatitis, diabetes, or obesity. Instead of a cure-all, it’s best to think of coffee as a supplement to a healthier diet – one that can prevent conditions like liver cirrhosis.

There are plenty of factors that can cause the brain to degenerate from the inside. This includes hypoxia, which is when a part of the body or the entire body is deprived of adequate oxygen. There’s also the buildup of protein plaque and inflammation in the brain – known causes of Alzheimer’s disease.

And according to experts, caffeine has the potential to fight all of these mentally-degenerative factors.

In a 2 to 4-year study involving senior citizens from Florida, it was found that those who consumed more caffeine (as reflected in blood tests) actually avoided the onset of Alzheimer’s.

As explained by University of South Florida neuroscientist Dr. Chuanhai Cao, this suggests that regular and moderate levels of caffeine can stave off and possibly even prevent Alzheimer’s as adults approach their elderly years. Dr. Cao further explains that the results are highly consistent with earlier studies in which coffee intake had a positive effect on lab mice who actually had Alzheimer’s.

In a study conducted by experts from Qingdao University in China, it was found that just one cup of decaffeinated coffee per day can reduce your diabetes risk by 6%. And if you can manage up to 6 cups per day without suffering from interrupted sleep, that number goes up to 33%.

This finding is even more significant if you consider the fact that about 70% of type 2 diabetes patients also develop Alzheimer’s.

Still: Go Easy on The Coffee

While it’s true that coffee can have potent health benefits, remember that it’s also a highly powerful mental stimulant. Yes, coffee can delay Alzheimer’s, mitigate liver damage, and fight against type 2 diabetes. But at the same time, too much can also open the door to chronic insomnia, which, in itself, can be a cause of lethal and debilitating conditions.

When it comes to coffee, the key to finding your perfect daily dose is by consuming it in moderation. Even though it has some confirmed antioxidant and anti-inflammatory properties, there is still such a thing as too much coffee. And knowing your personal daily limit can allow you to enjoy these positive effects without having to suffer the negative.