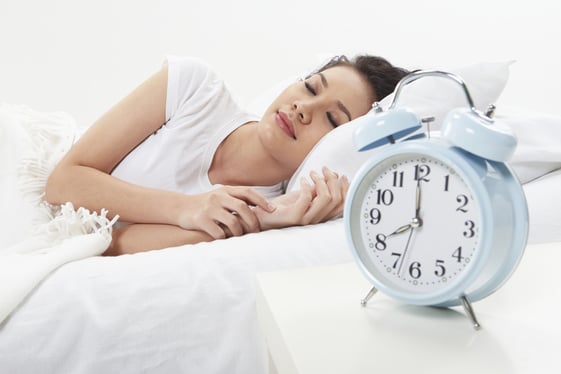 Important Facts You Need to Know About Sleep And Mental Health

It is a long known scientific fact, that’s sleep or the lack of it, has a significant impact on mental health. It is more than just getting enough sleep, but also includes the quality and the depth of the sleep that is achieved.

There’s a big difference between someone who is able to sleep for 7 hours straight and someone who is in bed for eight or nine hours but wakes up three or four times during the night. Here we’ll take a look at some important facts you need to know about sleep and mental health.

How Is It That Mental Health and Sleep Are Connected?

Sleep is an absolute necessity for human beings. Without it, there will be a noticeable impact on our mental and physical health. It is a well-known fact that those who suffer from mental health issues are considerably more likely to also suffer from various sleep disorders and with insomnia. Americans along with the British in the UK and the Japanese in Asia are among those that often find themselves sleep-deprived.

In each of these nations, the reasons for sleepless nights may be different but the results are similar. Regardless of nationality, if someone has issues with mental or psychiatric conditions then they are at even greater risk of experiencing sleepless nights and groggy days.

It is estimated that at least half and as many as three-quarters of psychiatric patients have chronic sleep issues.

Also as much as 20% of the general population in the US also has regular bouts of sleeplessness or insomnia.

Even if someone hasn’t been diagnosed with a particular mental issue, but they suffer from bouts of depression or anxiety then they are at an increased risk of sleep disorders.

What Is the Impact of Sleep on General Health and Well-Being?

Science is clearly demonstrating that getting a good night’s sleep is as important to mental and physical health as eating and drinking healthily, exercising and even as important as our ability to breathe.

During sleep, our brains and our bodies are able to go through a state of repair. The mind is able to organize its memories and process the day’s information. When someone is unable to get a restful night’s sleep, then the immune system becomes weakened and the mind develops mental health problems.

This effect can lead to increased bouts of depression and anxiety which will then further perpetuate sleep disorders. It becomes a revolving and never-ending cycle. For these reasons, it is imperative that anyone suffering from sleep disorders finds a way to address it and start getting the sleep they need.

Very often sleep disorders start when someone goes through some type of major event in their life. This event may cause them to worry excessively or to become depressed or anxious. Those feelings, then cause their mind to drift and wonder when they lay down at night and this prevents them from going to sleep. Little by little they develop the inability to sleep well and even the hours they do get are shallow and not as restful as they need.

This issue, then leads to depression and anxiousness which further perpetuates the problem. This might then lead to problems at work, in a marriage, or with children. These issues can then cause even more problems that lead to more sleepless nights until the condition becomes overwhelming.

Although science has not fully explained the relationship between a good night’s sleep and good mental health, it is well known that getting the needed sleep makes a person more resilient. This means that when a person is able to sleep well then, they are likely able to do better in all other areas of their life than they can when not sleeping. This, in turn, reduces the problems that can cause depression and anxiety and other mental disorders.

Treating Sleep Disorders Is Linked with Improving Bouts of Depression

Because sleep problems and depression typically go hand-in-hand, there are many clinics that are finding that when they address the sleep problems, the depression greatly lessens and sometimes goes away completely.

More studies are being done and based on the conclusions of those studies it is estimated that up to 90% of people who have depression also have sleep disorders. As well, 1/5 of those with depression have the condition known as sleep apnea.

These facts demonstrate clearly that achieving restful sleep is imperative for good mental health. In the past, sleep disorders were thought to be a symptom of mental conditions.

The only problem with that assessment is the fact that there are those that are considered to have a reasonable mind and still have problems with sleeping. Even in those individuals, it is clear that the lack of sleep reduces the person’s ability to think as clearly or as quickly as they can when they do have enough sleep.

Tips for Getting A Better Night’s Sleep

1. Get More Exposure to Bright Light During the Day

Many of us are aware of the fact that having the lights on at night can prevent us from getting restful sleep. This means that night lights or lights from the computer or clock can all have an impact on the depth of sleep we achieve. What an average person is not as much aware of is the fact that being exposed to bright light during the day will have an impact on how well you sleep at night.

We’ve all heard that our bodies are designed to work on a special rhythm. The body and the brain produce a number of hormones that play a role in keeping us awake during the day and helping us to be able to sleep at night.

Although many of us are told to avoid caffeine there are many studies that show it has quite a few positive benefits. For this and other reasons, as many as 90% of the population in the U.S. consume caffeinated products regularly.

If it isn’t over-consumed, then taking caffeine can give a temporary boost to a person’s sports performance as well as raising their energy and even increasing their ability to focus.

The problem is when it’s over consumed and it is especially a problem for those with sleep disorders who consume it beyond mid-afternoon.

Caffeine can have an impact on the body as a stimulant for 6 hours or more. Anyone having sleep issues need to start avoiding it early enough in the day that it is out of their system before the time for them to go to bed. One way to get around this issue if you are used to drinking a lot of coffee all day is to simply start taking decaffeinated coffee from mid-afternoon onward.

One of the reasons a lot of people run into sleep issues is the fact that they have not developed a routine. Because our bodies are designed to work on a rhythm it makes it difficult for the body to know when it should sleep if there is no routine.

This means that someone shouldn’t use their phone or computer in bed and should use the bed primarily for sleeping. When someone reads, watches TV, or uses their laptop or cell phone in bed, then the mind and body don’t associate laying down with sleeping.

This confusion leads to the production of different hormones and in combination with the light that comes from those items such as the TV or laptop, it makes it difficult for the body and mind understand it’s time to sleep.

Quality, deep sleep is achievable. The body is designed to help you sleep well but it sometimes gets out of rhythm because of modern life.  When someone experiences a great deal of stress then they may find that they are not able to sleep as easily. If they use their bed as a place to work or watch TV, then this too can lead to sleepless nights. Now that we know how much positive impact enough restful sleep has on our mental health, it is up to us to create routines that allow our body and mind to get back in rhythm so that we can have a restful night’s sleep.