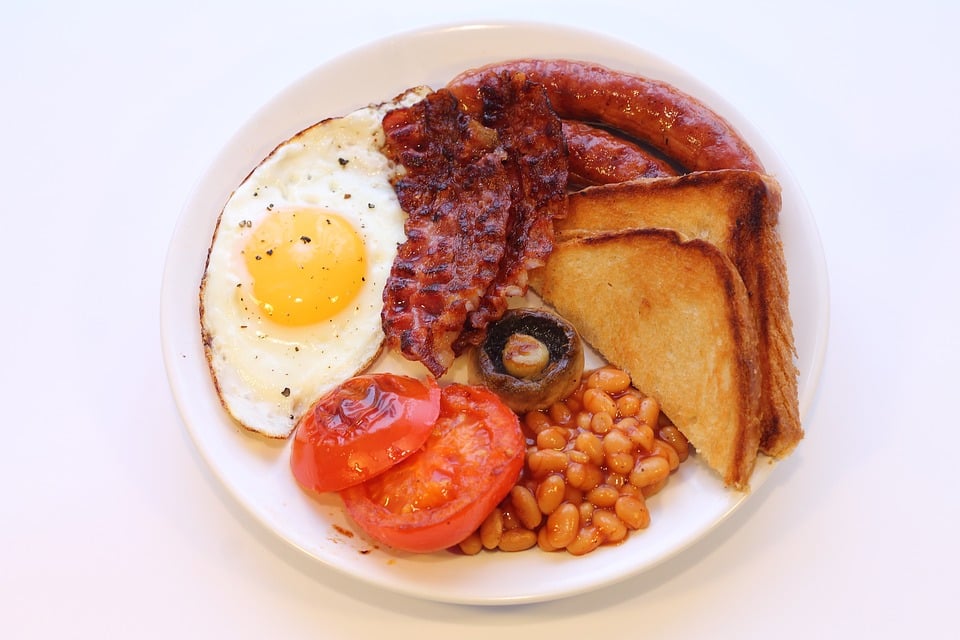 “Breakfast is the most important meal of the day.”

Sorry, but that old cliche is false. Even if your daily workload is highly physical, there’s no scientific need to wake up and start the day with a big breakfast just so you’re energized throughout most of the day.

In fact, eating such a big breakfast could be what’s making you feel sleepy and ready for a long nap even before lunchtime. Eating small, regular meals throughout the day is actually much healthier and better for your metabolism than relying on a heavy first meal.

So when and why did this myth about breakfast being the most important meal of the day even begin?

It All Started With the Invention of Cereal

The dawn of the Industrial Revolution during the late 1800s caused a lot of people to stop working in the farms and instead spend most of their days inside offices and factories. Instead of moving around and doing heavy lifting, people started spending their workdays either sitting or standing in place.

Before that, people were used to heavy farm breakfasts comprised of eggs, meats that kept (no refrigeration back then), and whatever else was left of dinner from the night before. Eventually, this type of heavy breakfast diet was blamed for indigestion during office or factory work, so people sought out a lighter breakfast option.

It was the perfect opportunity for the religious health gurus of the time: the then newly established Seventh-day Adventist church. They promoted bland, vegetarian food as a way to keep the body healthy. Whole wheats, in particular, became a popular breakfast food of choice.

Thus, the cliche that breakfast was the most important meal of the day was born. They actually got one thing right: eating a lighter breakfast is generally healthier. But the story doesn’t end there.

Blame Bacon for the Heavy Breakfast

The idea that a heavier breakfast is healthier started with Edward Bernays, a public relations expert who worked for Beech-Nut, a company that sold bacon.

In a stroke of evil genius, Bernays convinced a doctor to agree that a heavy and protein-rich breakfast of bacon and eggs was healthier than any lighter breakfast option. He then somehow convinced around 5,000 doctors to sign that initial statement.

Backed by the authority of these doctors’ signatures, he got newspapers around the US to publish the bacon-and-eggs statement as though it was a scientific study. Thus, the idea that breakfast was the most important meal of the day was cemented as a medical fact.

Apart from that, a heavy dose of bacon and eggs became forever synonymous with a healthy breakfast.

Ironically, as the inventors of cereal promoted a lighter breakfast as a mandatory meal for religious well-being and physical health, they paved the way for bacon and eggs to establish the authority of a heavy, protein-rich breakfast as the healthiest option. And most in the modern world still believe in this “fact” today.

According to historian and author of Breakfast: A History, Heather Arndt Anderson, the modern obsession with breakfast has a lot to do with people’s desire to compensate for an unhealthy past. Just as folks start making lifestyle changes to welcome the New Year, a big and ‘healthy’ breakfast represents a way to ‘start things off in the right direction’.

But again, as modern science will tell you, this is a false assumption. Breakfast is not the most important meal of the day.

Every Meal is the Most Important Meal of the Day

In reality, every meal of the day is equally important. Everything you consume contributes to the nutrients available to your body. Whatever you eat will eventually be used by your body to renew and repair itself.

However, there is some truth to the idea that the time of day affects how your body digests food and balances energy and nutrition. For instance, you shouldn’t eat heavy meals before bedtime as that is likely to cause indigestion and sleep interruption.

To take the idea even further, it could even be healthier for you to eat your first meal of the day at a much later time in the early afternoon.

Have You Tried Intermittent Fasting?

In a nutshell, intermittent fasting is when you eat during a specific window of the day and fast for a larger window of time. It’s a dieting pattern, not a specific diet.

There are many ways to do this, but the simplest and most accessible could be the 16/8 protocol: fasting for 16 hours and then eating small meals throughout the 8 hour time window.

There are two main ideas behind intermittent fasting. The first is that limiting your eating to a specific window of time cuts the overall number of calories that you consume. Even if you do eat slightly bigger meals, you’re still eating less meals than you would on an unaltered, regular eating schedule.

The second is that the human body operates differently when you’re fasting. On a regular eating schedule, you body tends to use your most recent meal for readily-available energy, ignoring your existing energy stores in the form of bodily fat. But in a fasting state, your body is more likely to use your existing fat as a main source of burnable energy because it doesn’t have anything else to burn.

Not everyone can pull it off. Even if intermittent fasting is the right choice for your body, it will take some getting used to before your mind and body becomes fully comfortable with fasting for most of the day.

If you’re skeptical the possible results, why not ask one of the most famous proponents of intermittent fasting, Terry Crews.

Movie star, former football player, and international symbol of beefcake Terry Crews swears by the positive effects of intermittent fasting on his body. In some interviews, he even claims that it allows him to feel lighter and stronger during workouts, and has actually allowed him to bring back and possibly even surpass the physical abilities of his younger self.

So forget about the idea that breakfast is the most important meal of the day. Every meal is just as important. And if you look at it from a scientific point of view, you might be even better off skipping breakfast altogether.

If you currently have some serious health issues, particularly ones that affect your diet, consult your doctor before trying out any type of new dieting plan.